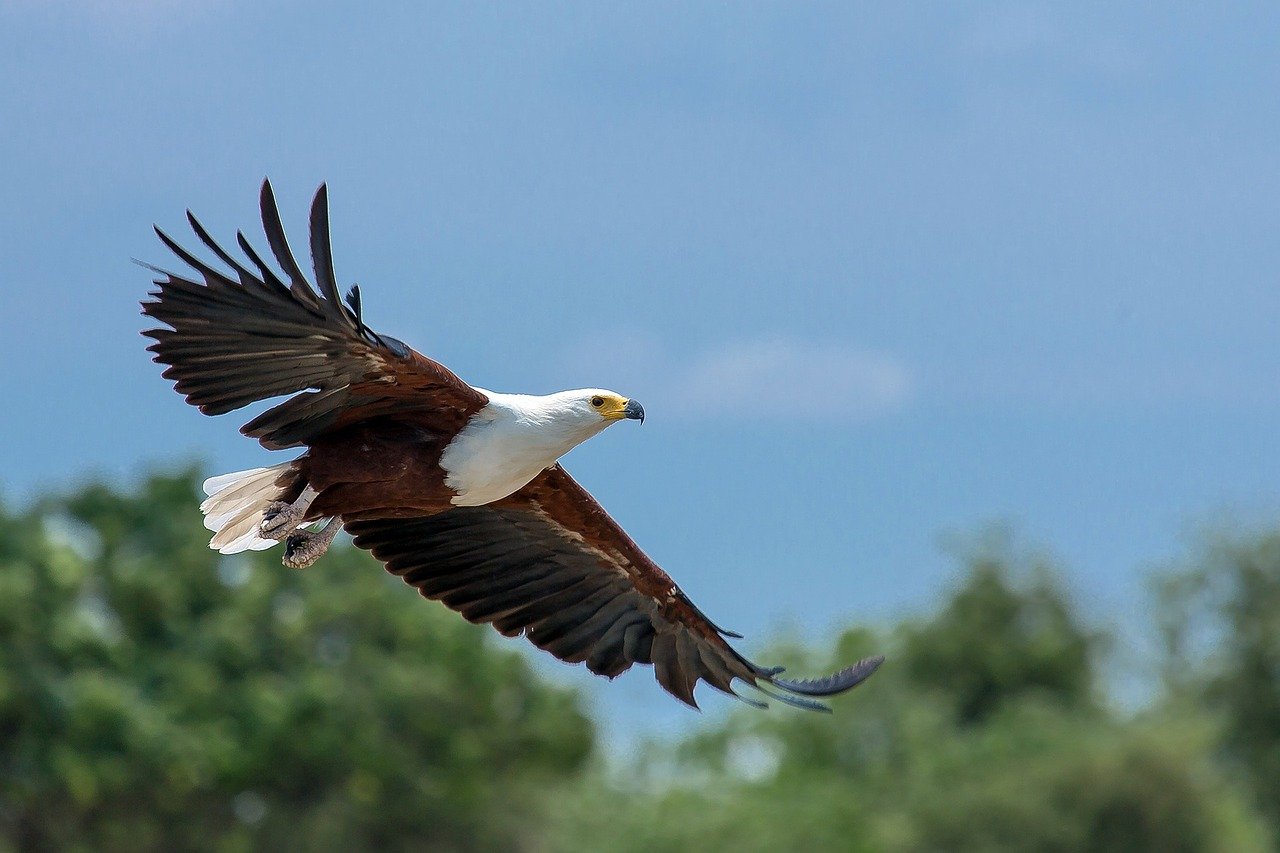 The African Fish Eagle is commonly seen in the Luangwa Valley but remains nonetheless one of the highlight of an African safari. They are beautiful raptors with a distinguishable white head, a yellow beak and dark talons.

They belong to the Haliaeetus genus of sea eagles, which is one of the most ancient bird genera, believed to have been here before primates. They are one of the most widespread of eagle species with around 300 000 recorded in Africa.

They are powerful and efficient hunters that prey mainly on fish as well as other birds and even small mammals. They are also kleptoparasites, which means they actively steal food from other birds and will sometimes even scavenge. They are most easily found along the rivers, lagoons and marsh areas.

They use their powerful soles and long, sharp talons to grab their preys. They are very strong birds, able to carry up tot twice their body weight high into the sky until they reach a safe place to land and eat their meal.

African Fish Eagles are loyal and mate for life. They build very big nests, some reaching up to two metres across and every season, couples return to the nests that they have used before.

Like most other birds of preys and raptors, the females are larger than the males.

Their call sounds like a four notes syllable whistle and they move their neck up and down as they sing. Males have got a higher pitch sound - which they also use to advertise their territory - while the females sound more low-pitch.

The juveniles are mottled brown, black and white, and could be mistaken with martial eagles.

The African Fish Eagle features on Zambia's coat of arms and flag which was adopted on 24 October 1964 when the Republic of Zambia reached its independence and is a "symbol of the freedom of the people, as well as a representation of the people's ability to rise above whatever challenges that they may face as a nation".

FUN FACT: The Fish Eagle females are larger to be able to protect their chicks from the males who may turn to cannibalism and eat them. This is a natural adaptation and is very common in eagles. 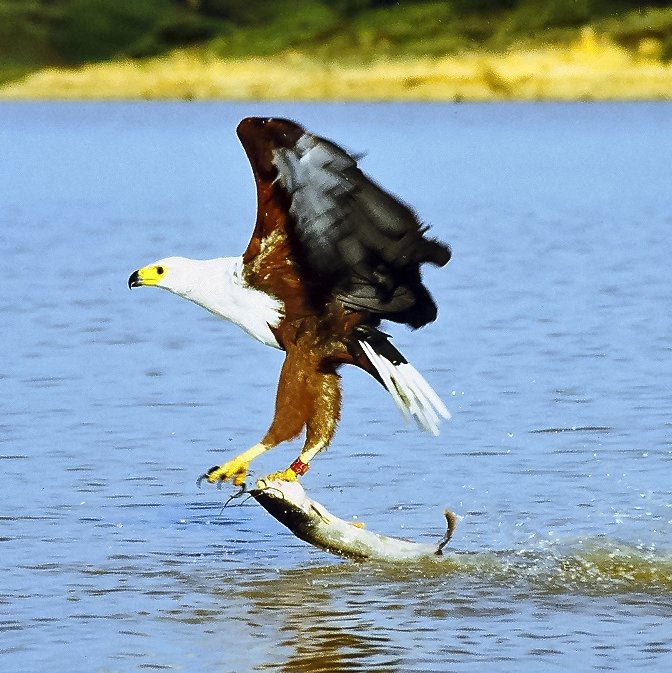