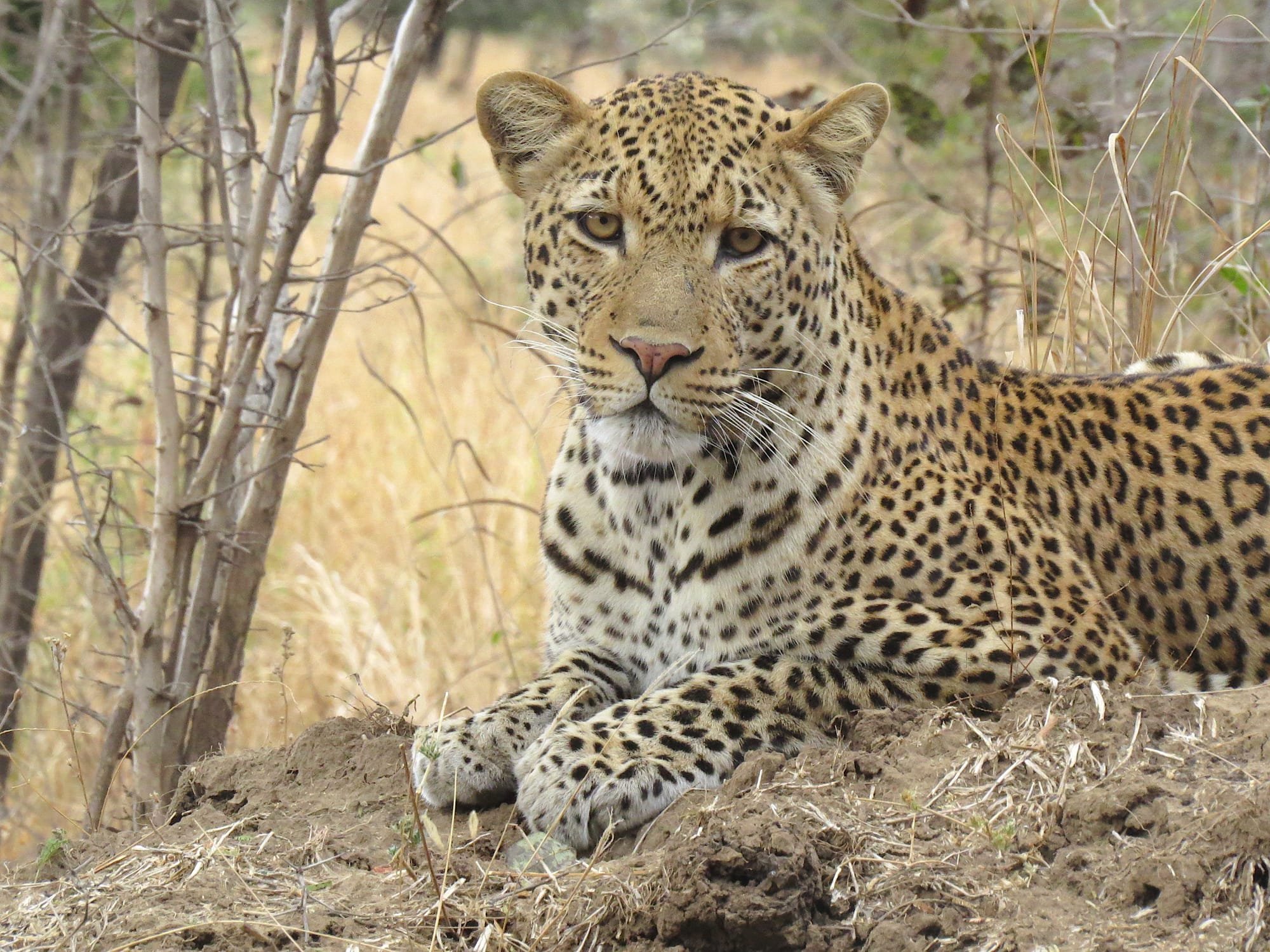 Leopards are solitary cats that spend a lot of their time in trees although in the Luangwa Valley, they are often found on the ground since the dense bush is an ideal habitat which provides them with enough shade to rest, safe from other predators, and hiding places to stalk their prey from. Their spotted coat camouflages them well, making them blend in with the tree leaves and tall grass.

They are mostly nocturnal and will generally hunt at night although they will also try and catch preys any time of the day too. In Luangwa as well as in many places leopards have adapted to hunting during the day so they can better avoid hyenas.

Leopards prey mostly on impala and other antelopes but they will also hunt baboons, rodents, monkeys and warthogs. Leopards are ambush predators; they will crouch low on the ground and sneak up to their prey and pounce before they can react. Skilled climbers, they will also hide in trees and jump on unsuspecting antelopes below them.

Impalas love sausage tree flowers for example so the trees are a perfect place for leopards to hide and hunt from.

Leopards are strong and can carry their prey up to three times their bodyweight up a tree to keep it out of reach of hyenas and other predators.

They are solitary creatures that come together with other members of their species only to mate or raise their young. Although very rare, up to six leopards together have been spotted in South Luangwa National Park including a male, a first and a second sets of cubs and their mother.

Leopards mark their territory by leaving scratches and urine scent marks on trees to warn other leopards to stay away. Males and females will cross territories, but only to mate. Males have bigger territories that overlap with the smaller territories of several females to increase the chance of mating.

Leopards have a gestation period of about three months and typically give birth to a litter of two to three cubs in a den. Cubs are born blind and suckle for around 3 months and are kept hidden for the first 8 weeks to protect them from predators.

Little ones will follow their mother until they are about 12 to18 months. Leopards can live up to an average of 15 years in the wild.

FUN FACT: Although rare, a group of leopards together is called a "leap". 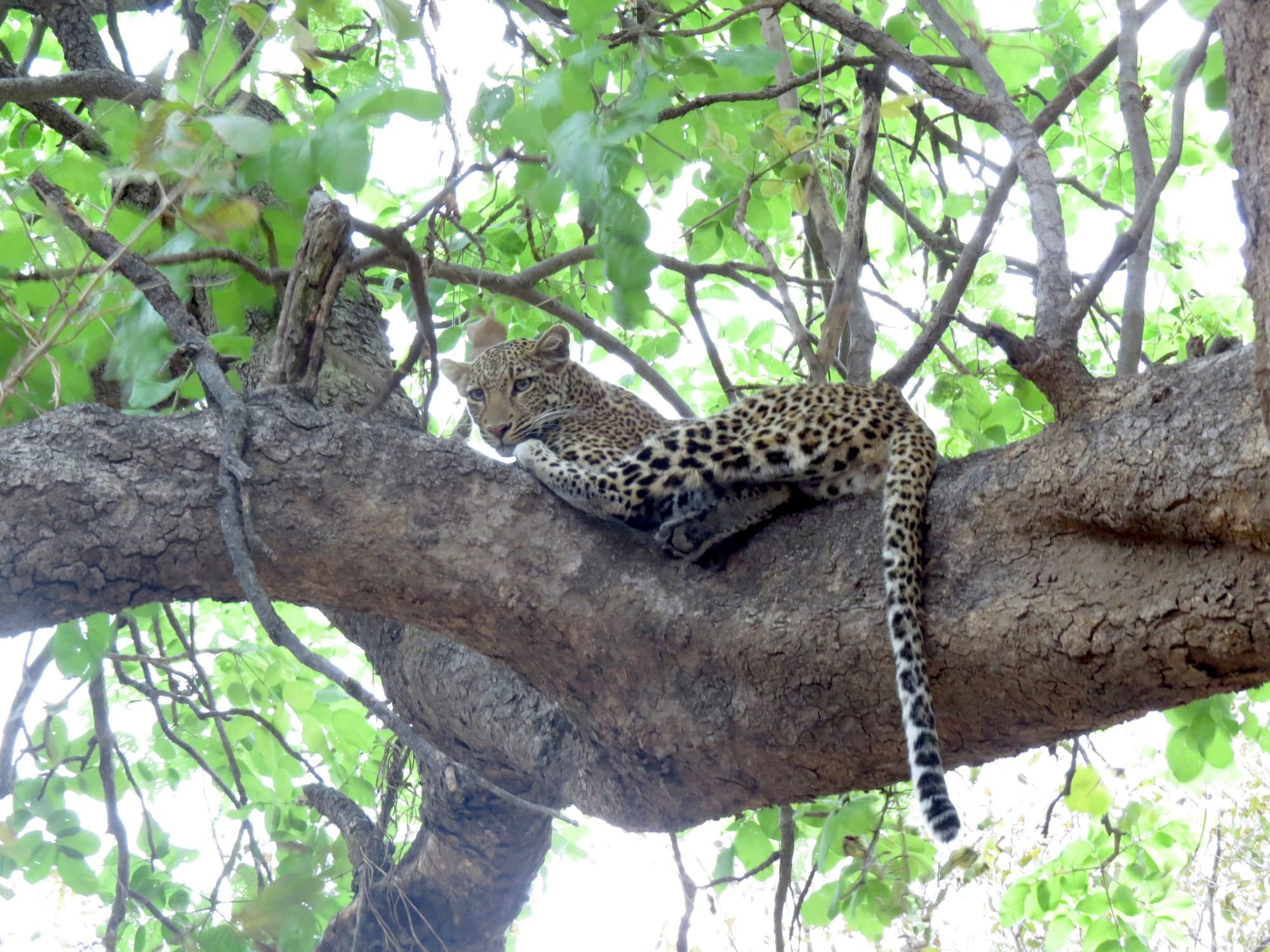