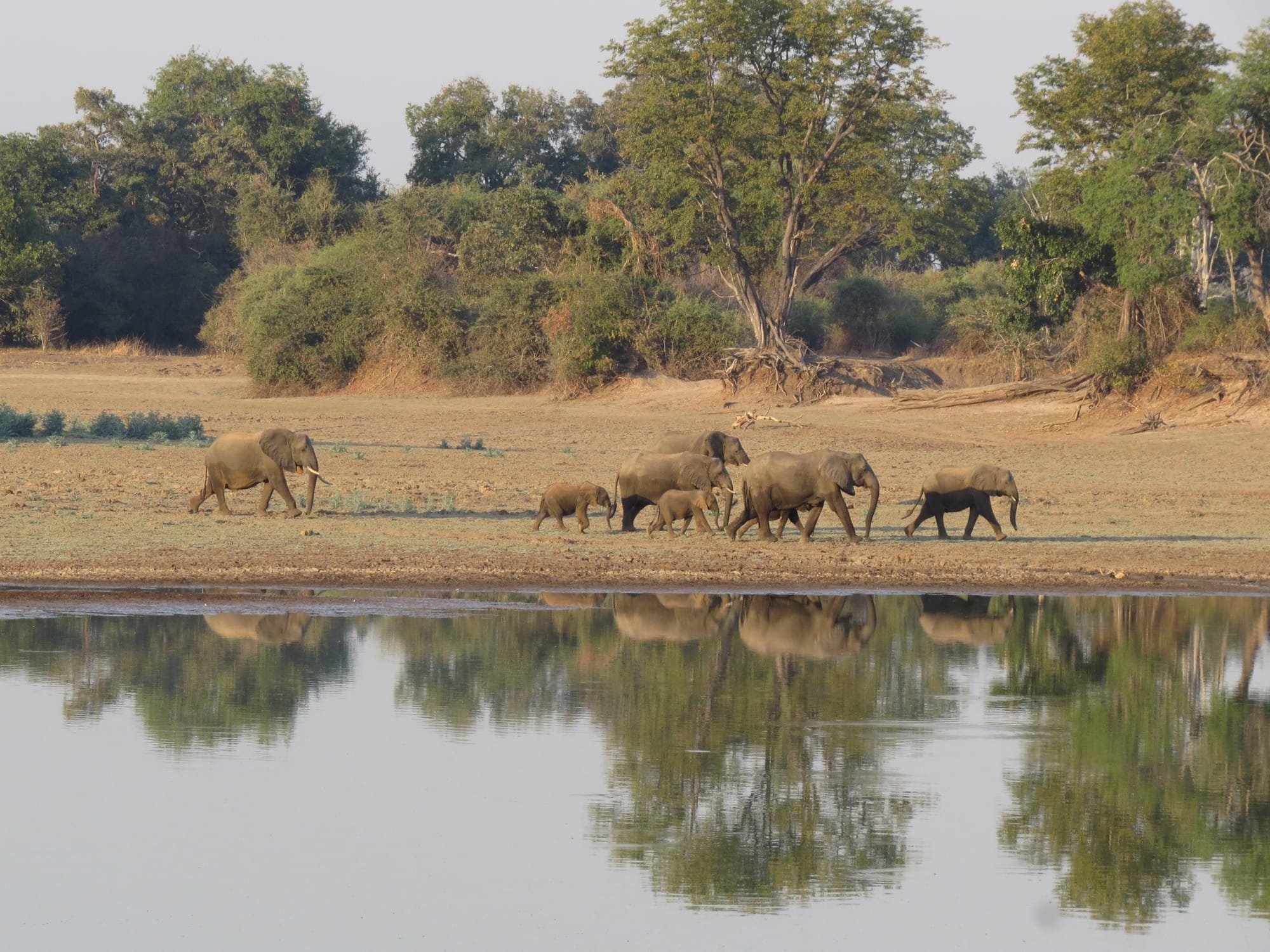 South Luangwa National Park is renowned for its high density of wildlife congregating on the banks of the magnificent Luangwa River. Its lush vegetation in the rainy season and wide open plains in the drier month populated with dozens of species of mammals and hundreds of birds certainly never disappoints!

If you are looking at enjoying a real African safari, South Luangwa is probably your best bet. Even if you only stay for a few days, chances are you will be able to see all of the most iconic African animals. 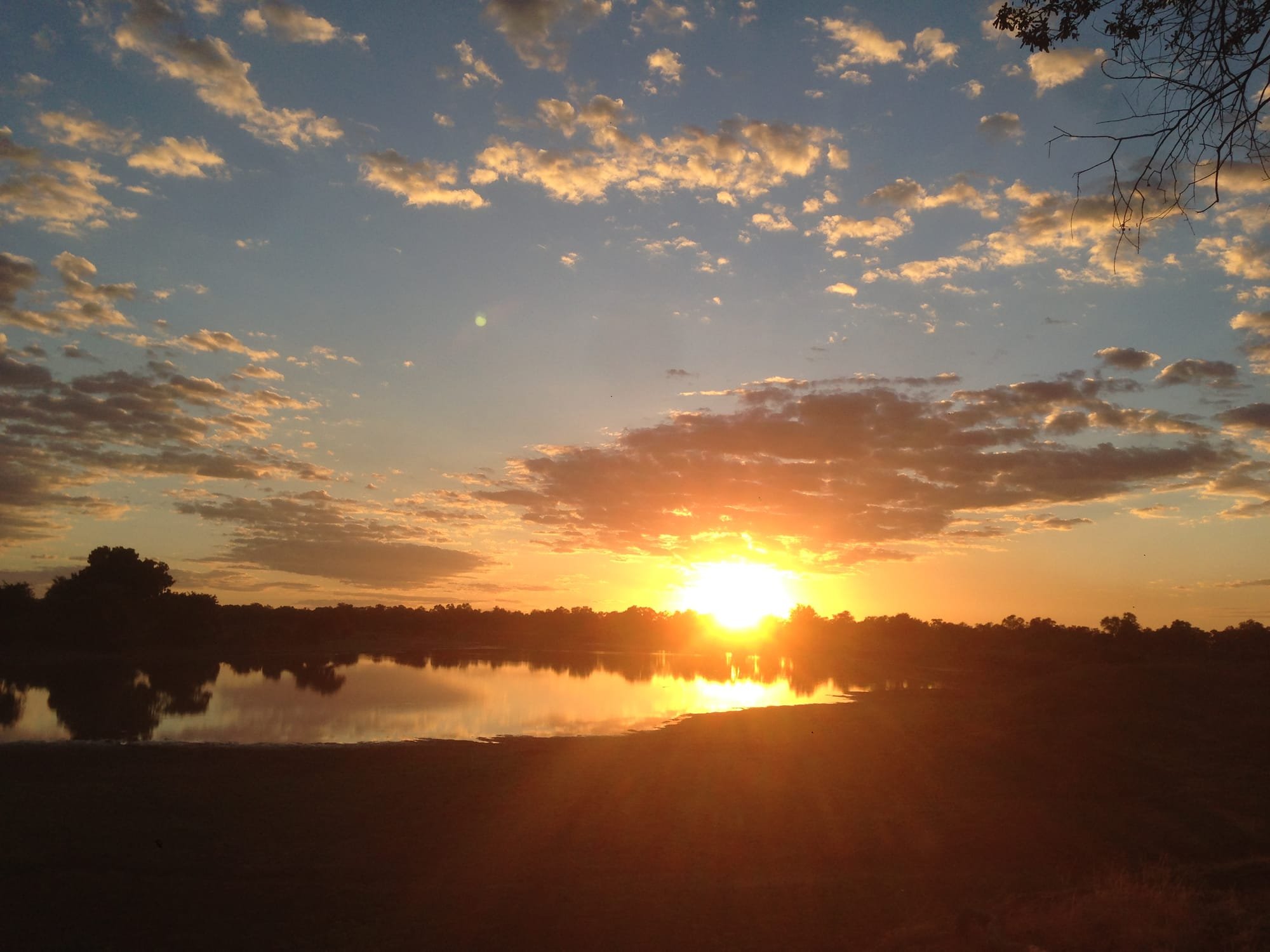 A bit of history

The park was first designated as the Luangwa Game Reserve in 1938. Then in 1949 the Senior Chief Nsefu decided to establish a private game reserve on the Luangwa's eastern bank which became the Nsefu Sector which was later on fused with the current boundaries of the present park when new legislation turned all game reserves into national parks in February 1972. Located at the very end of the Great Rift Valley in the Luangwa Valley South Luangwa National Park is still very wild and showcases an impressive abundance of wildlife that is rarely seen in other game reserves.

Dubbed "one of the finest sanctuaries in the world", this 9,050 km2 squares of pristine wilderness is home to more than 60 animal species including various predators, antelopes, elephants, giraffes and more than 400 species of birds.

Its remoteness means that you can stay in one of the many lodges of the park and still feel like you are alone in a real piece of paradise and untouched wilderness. 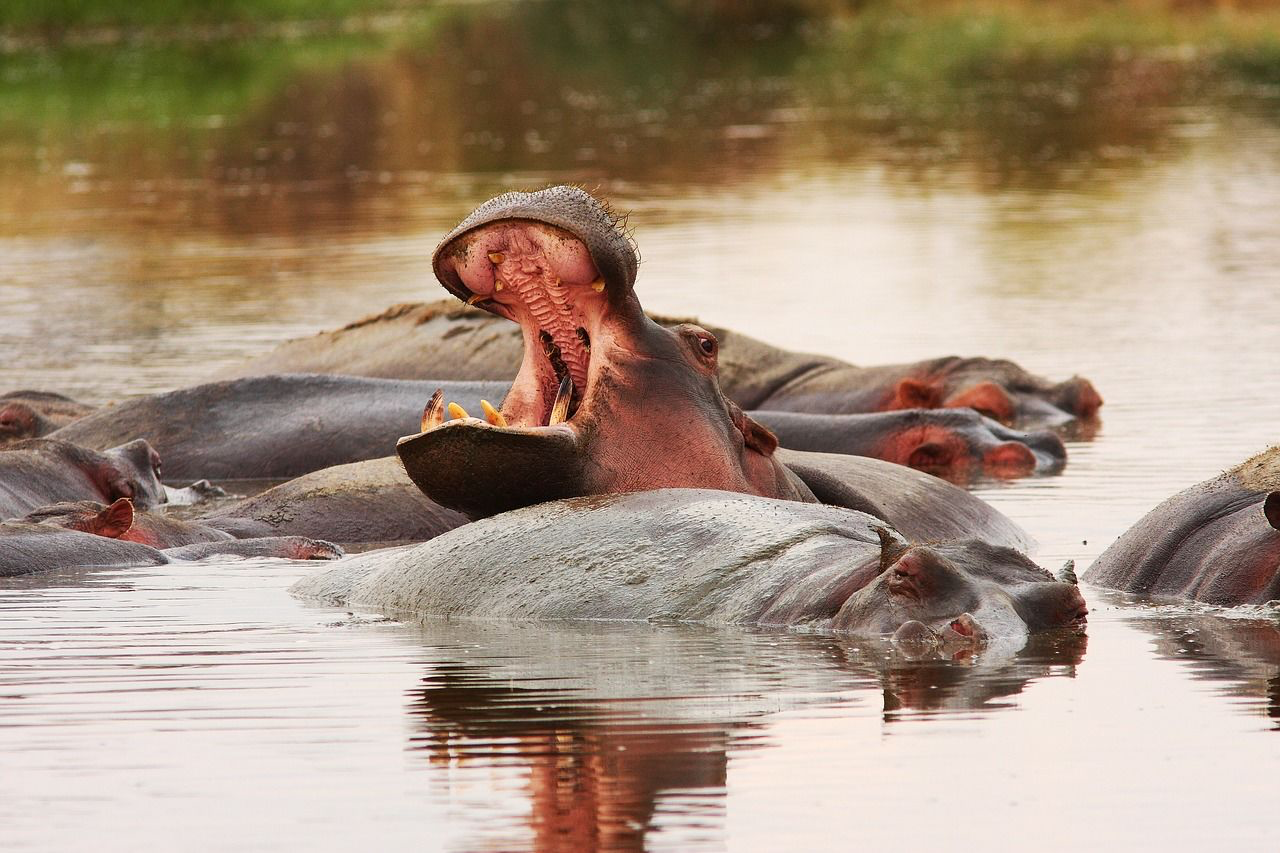 The Luangwa River is the most intact major river system in Africa and is the lifeblood of the park’s . It is home to about 60% of the world's population of hippos, as well as plenty of crocodiles.

Walking safaris originated in this park and is still one of the finest ways to experience the "real Africa".

The first thing you will see when crossing the bridge across the Luangwa River into the park are the many hippos lounging on the river bank or floating in the water. There is estimated to be at least 50 hippos per kilometer of the Luangwa River. 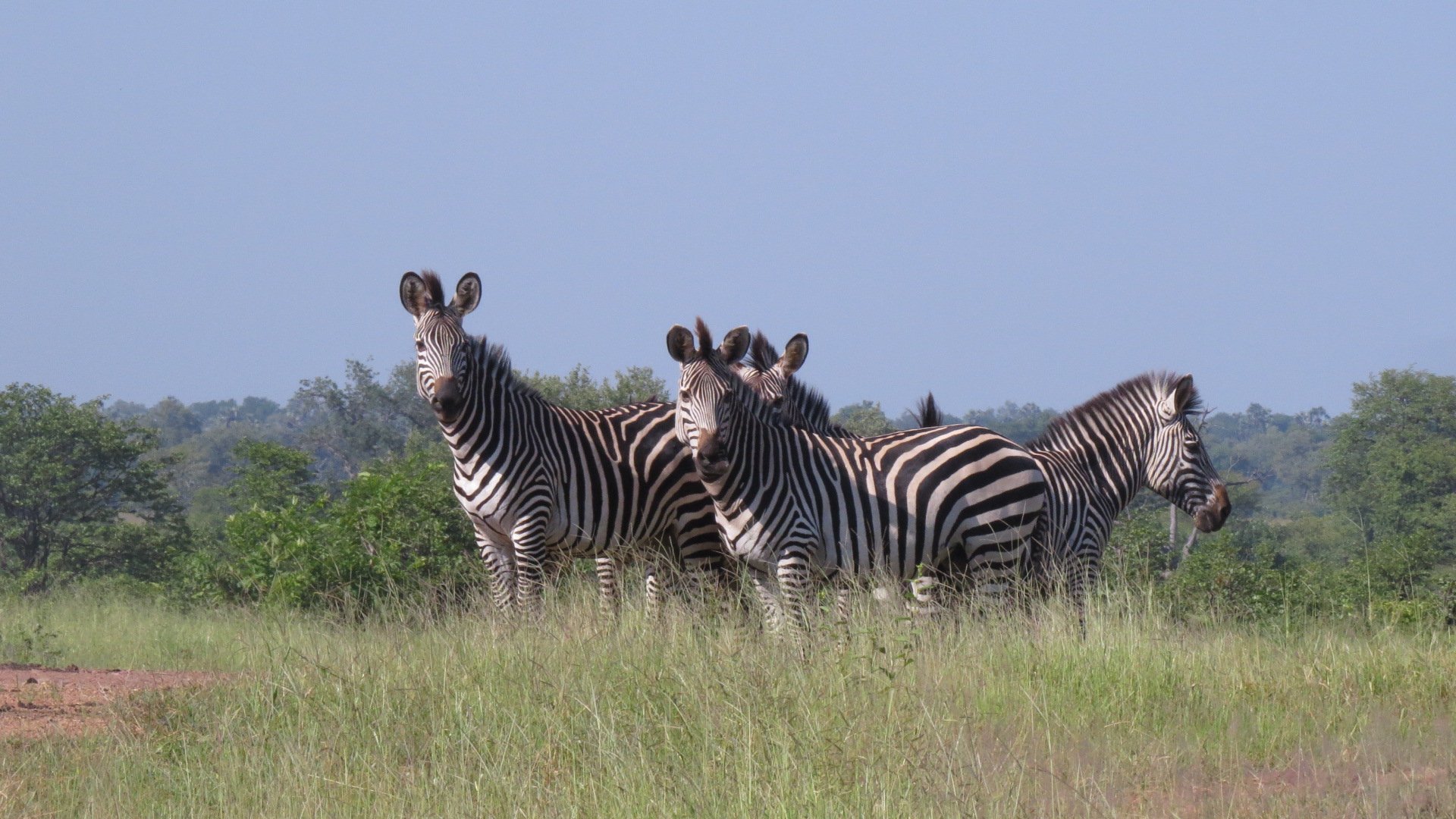 Endemic species to the park include the Crawshay’s Zebra (Equus burchellii crawshyi), a subspecies of Burchell’s Zebra and the Thornicroft’s Giraffe (Giraffa camelopardalis thorncrofti), both of which are  unique to the Luangwa Valley.

Crawshay’s ’s zebras differ from other zebra species in the south because of their stripe patterns which are thinner and extending all the way down to the hooves and under the belly. Also rarely seen are Cookson’s wildebeest (Connochaetes taurines cooksoni), a subspecies of the Blue Wildebeest.

In total, South Luangwa is home to 14 different types of antelopes, including impala, bushbuck, puku, waterbuck, kudu, and even eland (near Nsefu) most of which you will see on regular game drive activities. Reedbuck, roan, sable, hartebeest, grysbok, klipspringer and oribi are also there but more rarely spotted. 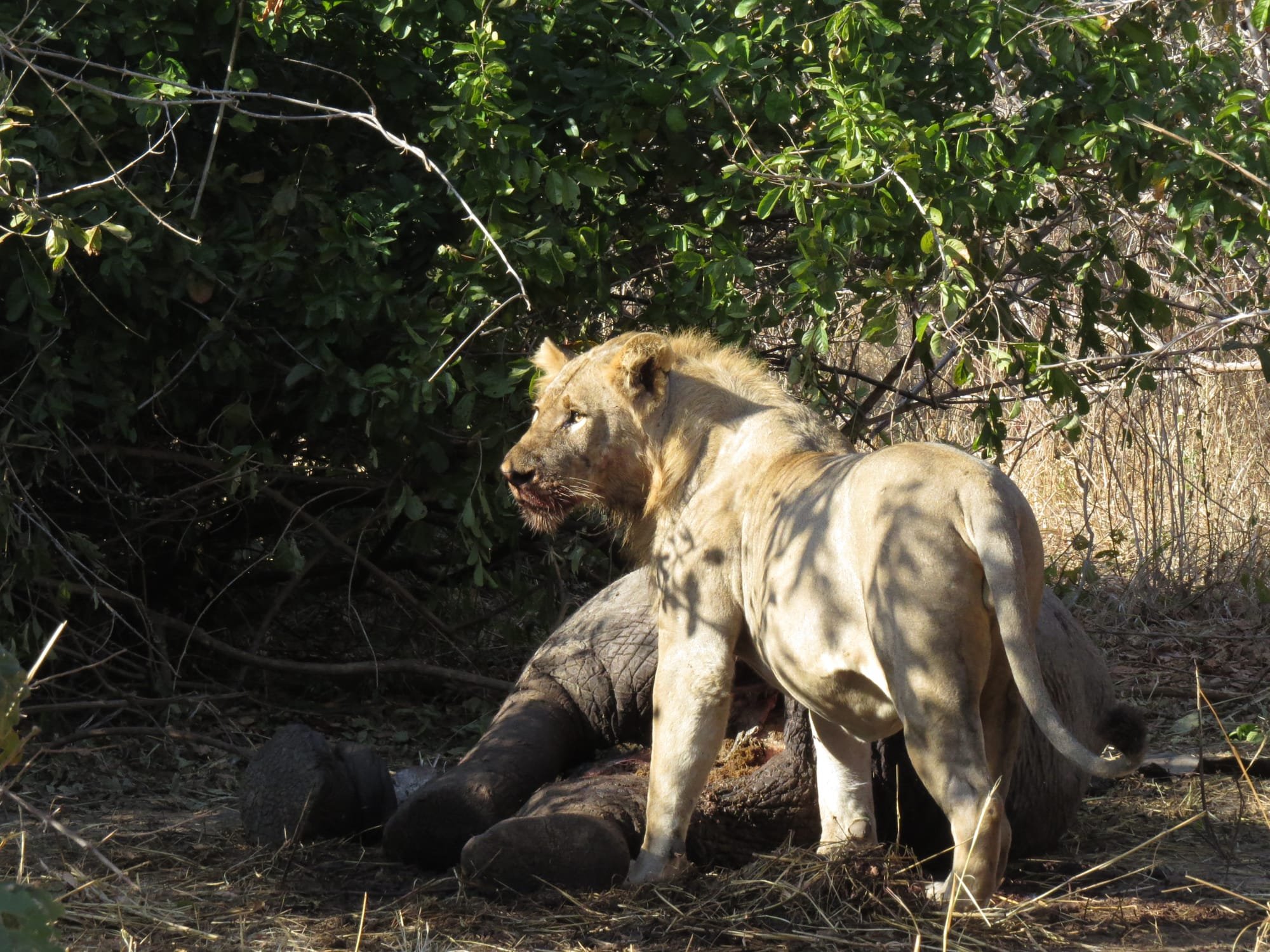 Although elephant numbers have suffered because of heavy poaching in the 1980s, dropping from around 100,000 to just 10,000 or so, they are now doing extremely well and are abundant in South Luangwa National Park. They are also very comfortable around vehicles and lodges, sometimes even wandering on the lawns or even inside the reception!

Black rhinos, however, used to roam in the park but were poached to extinction in the 1980s. A small number of the species is being reintroduced in North Luangwa National Park, where they are under constant surveillance.

Predators abound in the park. South Luangwa has plenty of lions, and you may even spot several prides in one day. The park also has one of the highest concentration of leopards in the whole of Southern Africa and is widely known as the "Valley of leopard". 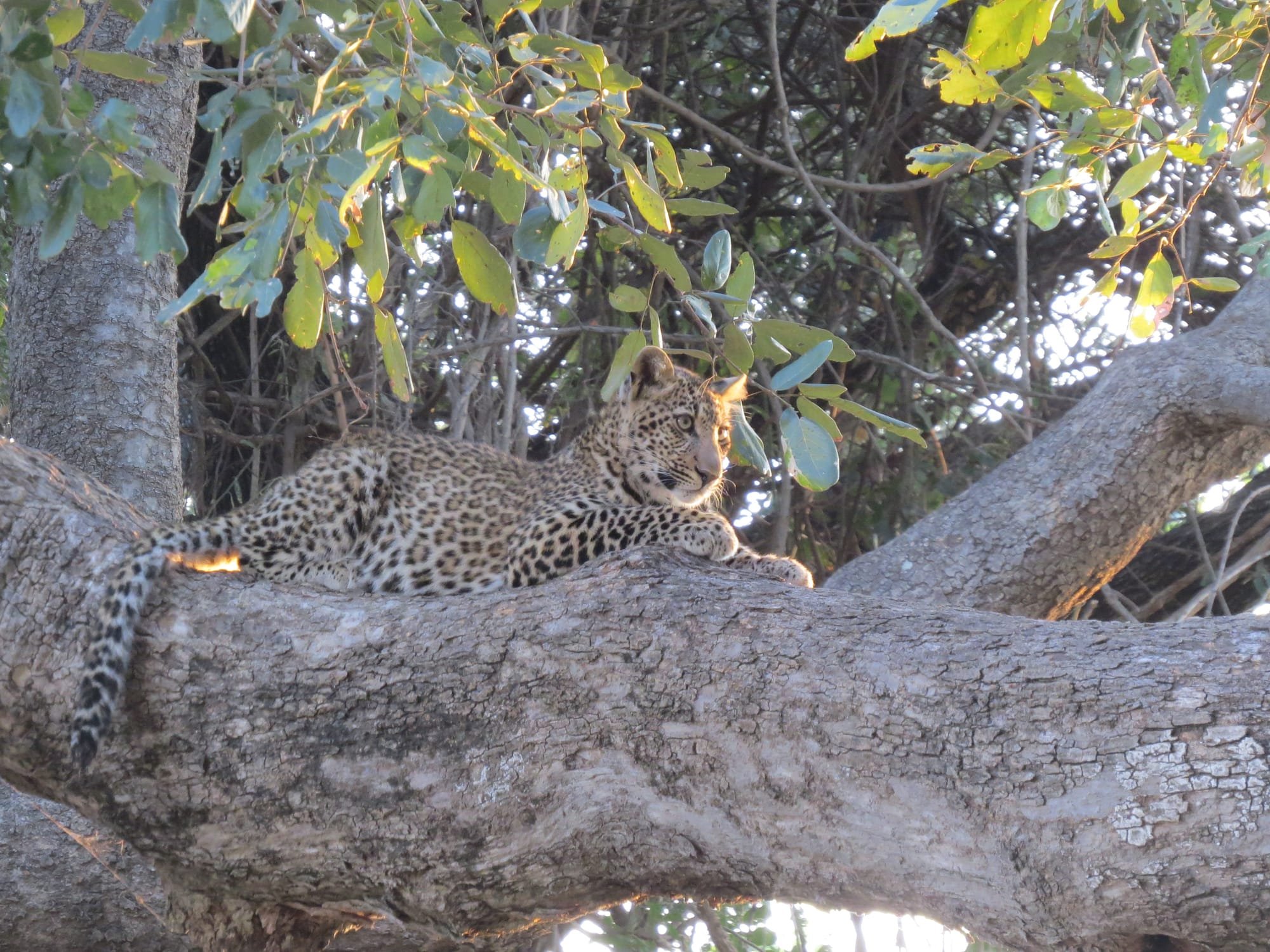 Wild dogs have mad a come back and are now regularly seen in particular between May and October. Hyenas are fairly common throughout the year. Other carnivores present but not often seen are caracals, servals, wild cats and side-striped jackals.

Seasonal changes are highly noticeable in Luangwa and add to the park’s richness ranging from dry, barren bush-veld in the winter to a very lush, green heaven in the summer months. The dry season starts in April and intensifies through to October, which is the hottest month of the year, yet one of the best times to go on safari as animals congregate more and more around the river and various oxbow lagoons. 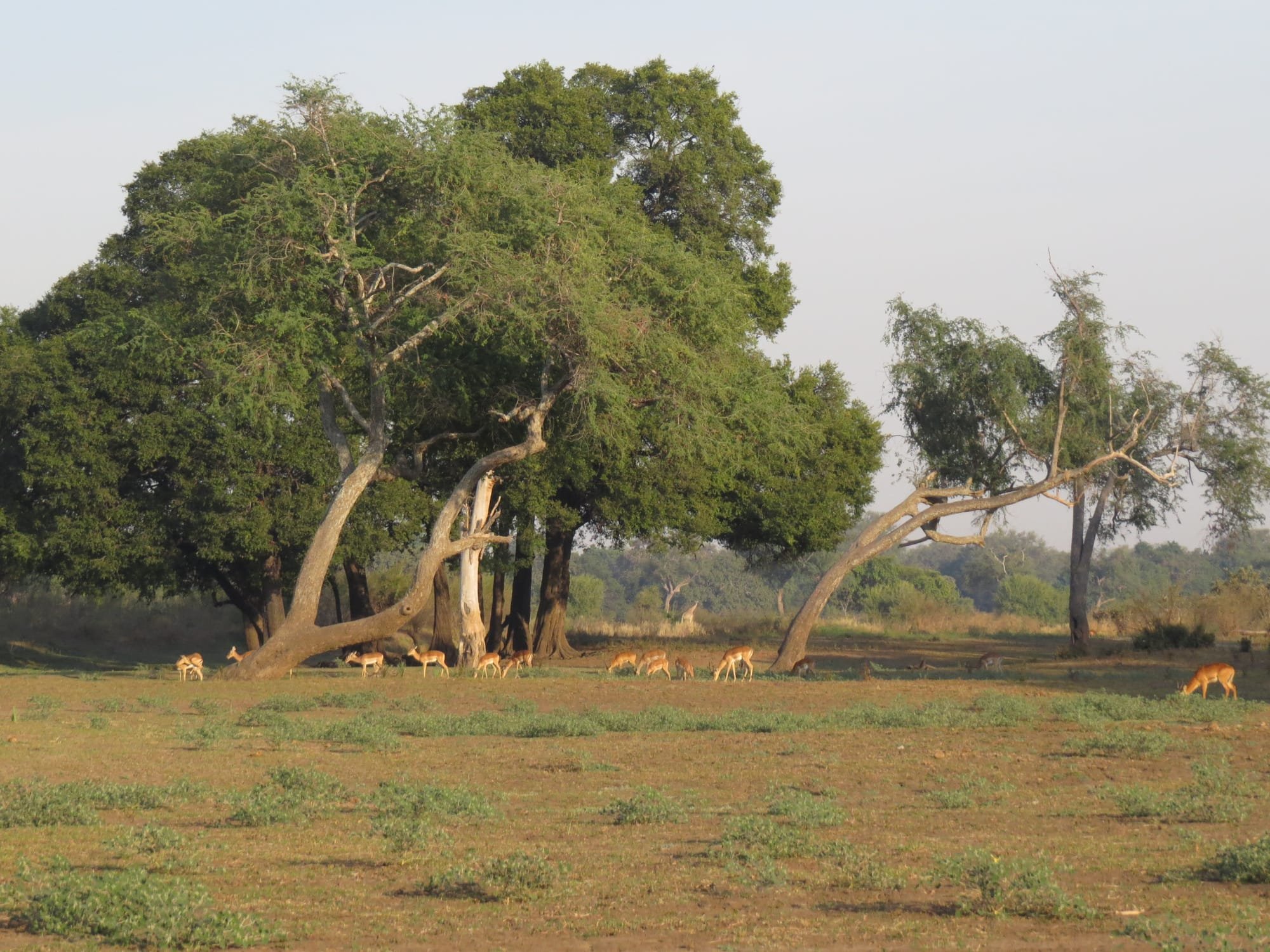 Between May and August it is pretty cold during the nights and early in the morning but it gets warmer during the day.

In November the rains start and transforms the parched land into a deep jade jungle. This time of year is also known as the "Green Season" or "Emerald Season". The rainy season lasts up until the end of March and is characterised by the arrival of a lot of migrant birds. Most lodges stay open throughout the rainy season but bush camps in the most remote areas will usually close during that period.

Game drives are typical safari activities and a must to be able to see the large number of animals the park showcases. From your open 4x4 which your Zambian guide is driving you will have plenty of opportunities to take amazing pictures of the local wildlife. 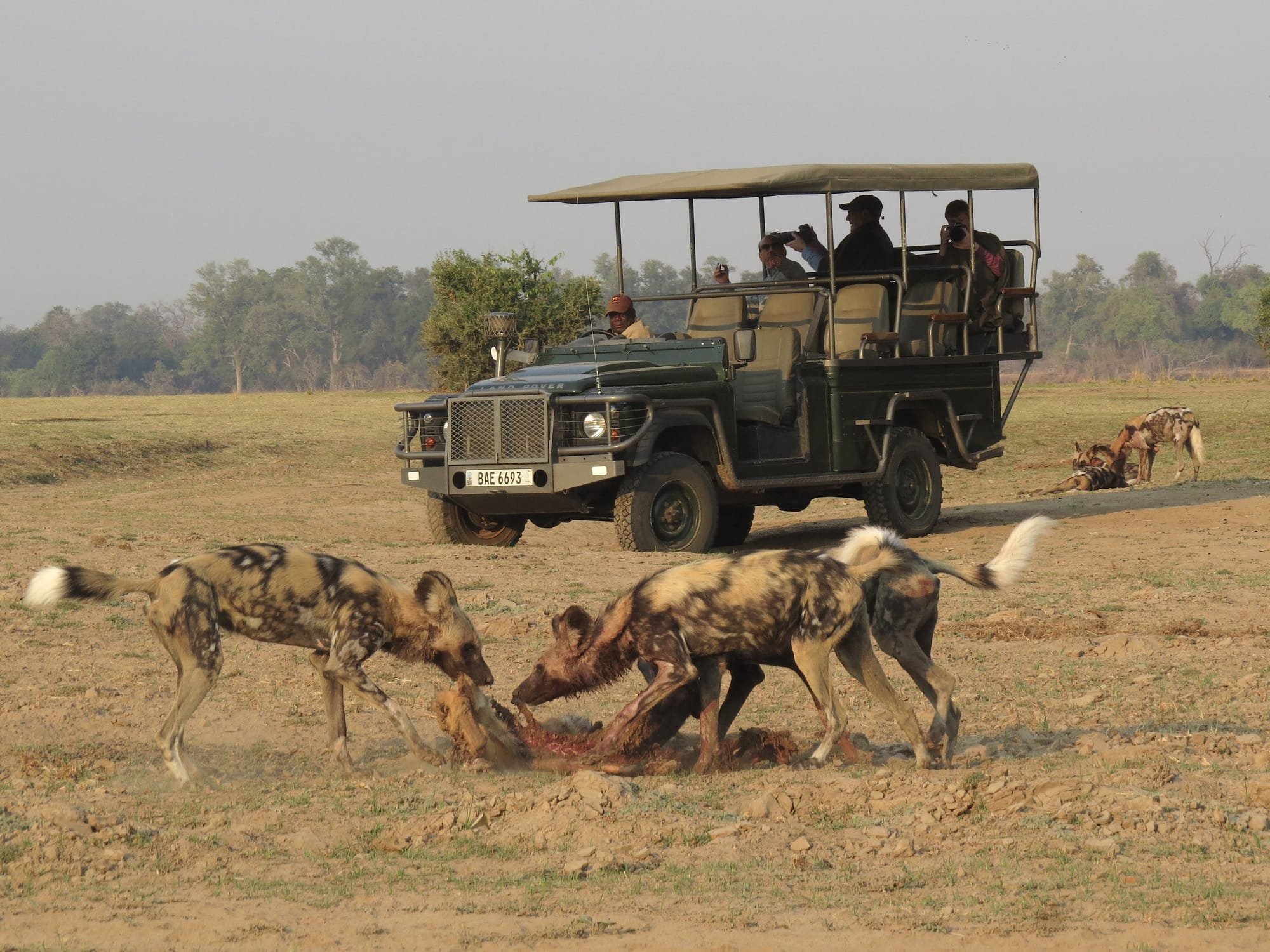 Night drives are also fascinating as you can see the nocturnal animals such as genets, civets, servals, hyenas, and bushbabies as well as owls, nightjars, the foraging hippos, honey badgers. You may also see a leopard with a kill or lions on a hunting mission since predators tend to be most active at night.

The valley is also a birdwatcher's paradise, with about 400 of Zambia’s 732 species of birds appearing in the Valley. The river and the park's various oxbow lagoons attract hundreds of large waterbirds including storks (Red-faced yellow-billed storks, Saddle-bill stork, Marabou stork), egrets, herons, pelicans, the unique Crowned crane, Lilac Breasted rollers and many more! 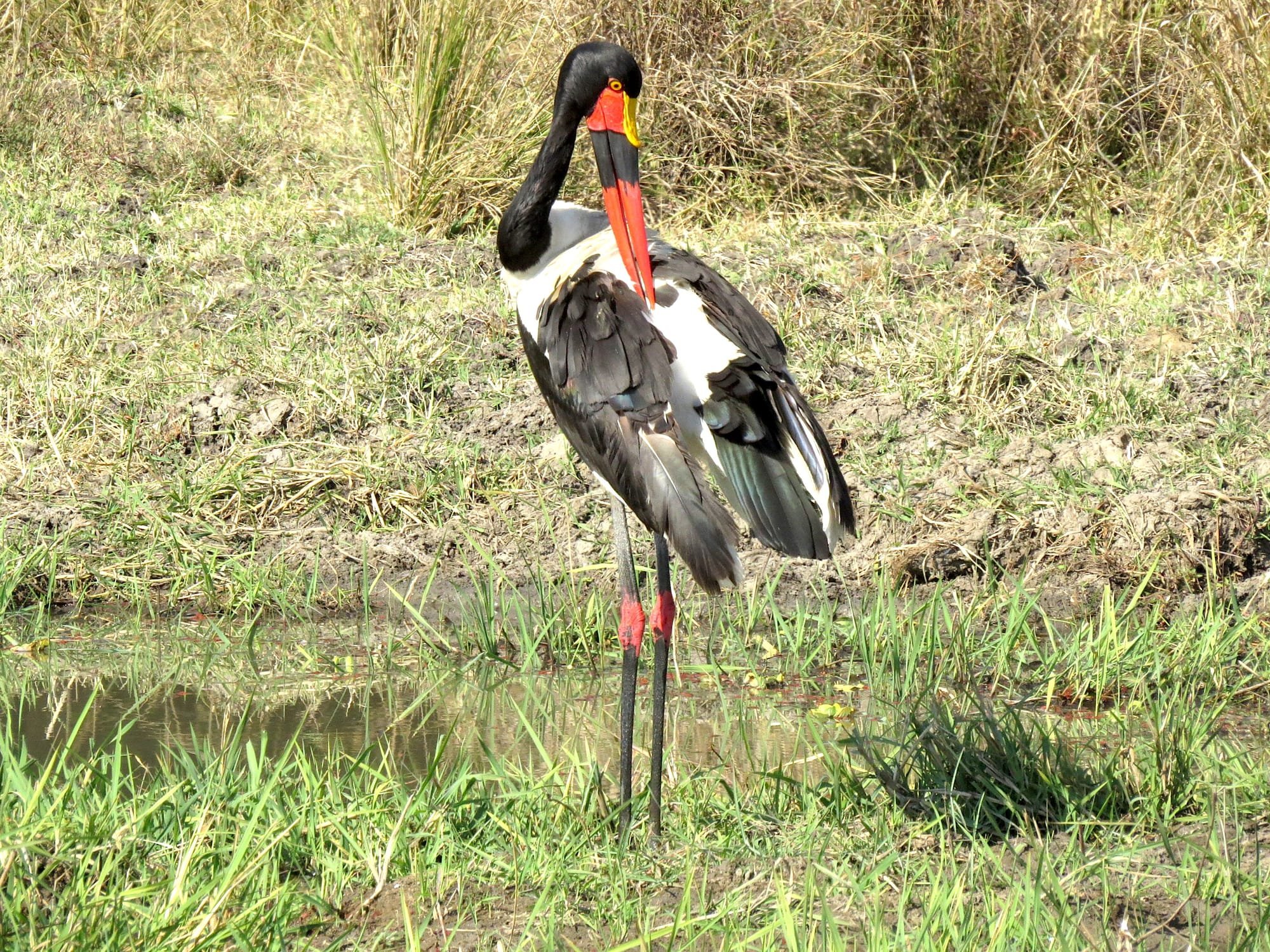 Palearctic migrants such as the Red-chested cuckoo, white storks and European swallows also fly to the park in November. This is also the best time to see the famous Carmine bee-eaters nesting in the sandy banks of the river.